Me and my wonderful Dad playing a tune, sitting on the stone wall near Lough Murray in Finavarra, Co. Clare near my home. 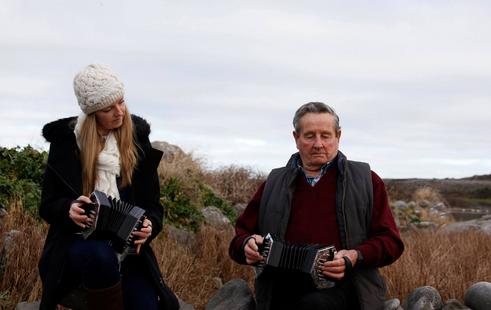 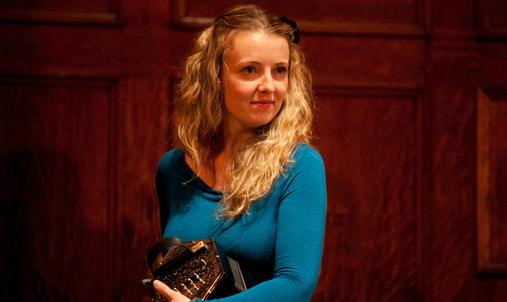 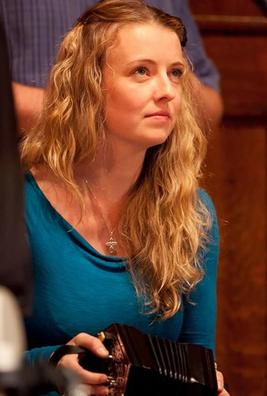 "Florence is among those gifted young players who are helping to sustain the older dialects of Clare music".

I am very excited to finally have a place where I can share my music. It makes me very proud to be able to sustain and share the wonderful old dialect of the Clare music that I learned from my father and a whole generation of musicians I have had the pleasure of playing with down through the years.  If you’ve ever wondered whether or not you could be a concertina player, then there is no time like the present to find out.  I am here to help you start!  You can find all the information you need on this website for private one-on-one lessons with me either at my home or on Skype! 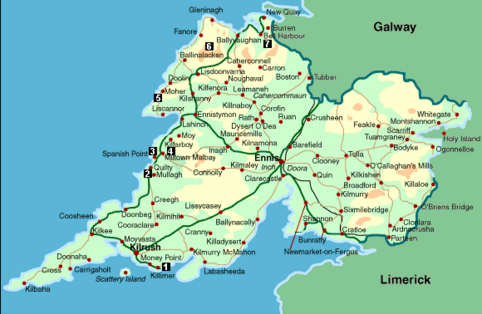 ​So more about me!  For those of you who don’t know me, I am a concertina player from North Clare, born and bred in the small town land of New Quay in Co. Clare, only a short drive from Bellharbour and home to the famous Chris Droney. I have been playing the concertina since the age of 10 and my father, Martin Fahy, who is a wonderful concertina player, is my inspiration and one of my greatest influences in playing the concertina.  It was inevitable that I started playing the concertina coming from a county steeped in the history of concertina playing and a house that was always full of music, be it on the old record player, a tape, the radio(wireless) or on television. In the wintertime, my father would play by the fire, learning new tunes or listening to the Irish music programs on Clare FM radio in the evening while I was doing my schoolwork. Some of the first records I heard spinning on the record player at home where of the Old Kilfenora Ceili Band, the great Tulla Ceili Band, Jack and Charlie Coen, Paddy Carty, Micho, Gussie and Pakie Russell and we had a collection of old records that included some of the great players like Sonny Murray, Solus Lillis, Paddy Murphy, Kitty Hayes and Elizabeth Crotty.

I started Irish dancing before I took up the concertina.   I attended my regular Thursday night Irish dancing classes in Ballyvaughan Hall with my lovely mother Margaret Fahy and competed in Irish dancing for a few years before I took up the music.  I would start humming the tunes to the dance instead of dancing to it!  As my father said "You know the tunes better than you know the dances".   From dancing and always listening and being submersed in the music and watching and listening to my father play, I soon realized I had fallen in love with Irish music, the tradition and history of it and my greatest love the concertina.  I started taking weekly lessons from Brid Meaney in Ennis and after 8 months I entered my first Fleadh Cheoil where I won 3rd place.  I was delighted.  Apart from my dad, some of the teachers that have influenced my concertina playing greatly down through the years are Brid Meaney, Dymphna O Sullivan, Tommy McCarthy, Terry Bingham,Tim Collins and Michael O Raghallaigh.  Tommy McCarthy was a great source of encouragement to me along the way as was his daughter Marion McCarthy and accordion player and former member of De Dannan, Charlie Piggott whom I learned many great tunes from and played with regulary in the infamous weekly friday night session at the local  "Linnanes Lobster Bar" in New Quay for many years.

Down through the years, I have been a member of various bands to mention a few: Inis Og Ceili Band, Ceol Chiarrai and Meitheal. I have competed and claimed medals in both solo and group competitons at the Fleadh Cheoils.  These were fun years and it was a great learning experience.  I have had so many opportunites to travel the world with my music -  Europe, Australia, Middle East and North America.   I continue to teach music workshops around North America and I really enjoy meeting people and sharing my tunes! If you are in need of a concertina tutor for your workshop, I am available and really enjoy teaching.

I continue to grow and learn as a musician and one thing I have realized is that you can never learn enough tunes :-) Not only that but once you have music you have a great family of friends, a community within which there is a common bond no matter where you go in the world.  I am so thankful and grateful for that.  I relocated from New Quay, Co. Clare in 2008 to Boston, MA in the USA, where I currently reside.